The South Pennines is a wild, wonderful and occasionally wuthering landscape at the place where the traditional counties of Yorkshire and Lancashire collide. It is a “dramatic and distinct upland landscape” (Heritage Strategy) that “stands prominently above” the encircling urban centres of Greater Manchester, the Lancashire valleys and West Yorkshire.

In the recently updated National Character Area (NCA) profile Natural England described the South Pennines as “a landscape of large-scale sweeping moorlands, pastures enclosed by dry stone walls, and grit stone settlements contained within narrow valleys”. The profile goes on to outline the value of the landscape to wildlife: “the area contains internationally important mosaics of moorland habitats which support rare birds such as merlin, short-eared owl and twite”.

The Natural Capital Committee (NCC) advises Government on how to ensure England’s “natural wealth” is managed efficiently and sustainably “thereby unlocking opportunities for sustained prosperity and wellbeing”. The committee’s third report to the Economic Affairs Committee, “The State of Natural Capital: Protecting & Improving Natural Capital for Prosperity & Wellbeing”, published in January 2015 highlighted that “if economic growth is to be sustained, natural capital has to be safeguarded”. The South Pennines contains a broad range of significant natural capital assets including the peatlands of the Special Protection Area. The NCC found that upland peatland restoration offers strong evidence for the economic benefit if restoration. 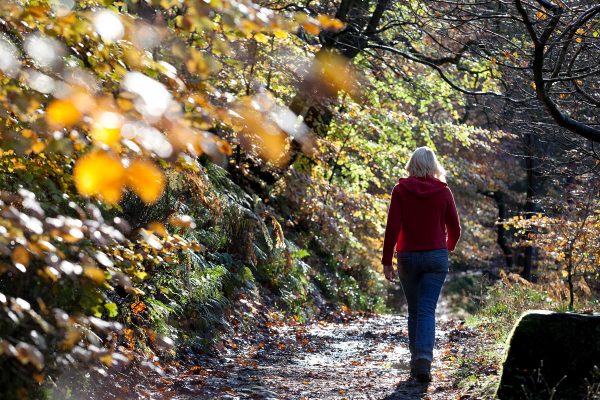 For example, a study by Yorkshire Water and Natural England found that restoring and re-wetting upland blanket bog in a relatively small area of the Keighley and Watersheddles catchments could deliver estimated net benefits of £6.3M over 25-years. The benefits from increased carbon sequestration, improvements in wildlife and reductions in water treatment costs exceed the restoration costs by a ratio of 3:1. Meanwhile, the NCC estimates that improvements to approx. 140Ha of upland peat across England could deliver benefits of £560M over 40 years. This figure only takes account of avoided losses of carbon. The additional benefits to wildlife and of reduced water treatment costs are not included in the calculation.

The landscape characteristics along with features of the built environment, local heritage, traditions, unique produce and industries of the area help to create the local distinctiveness of the South Pennines. These features are highly valued by the residents of the area and help to attract visitors from the surrounding conurbations and beyond. The South Pennines is a very accessible landscape. The South Pennines National Character Area (NCA) contains 4,190km of Public Rights of Way at a density of 3.5km per square km, one of the highest densities in the country. Within this network are a series of significant routes including:

• Two of Natural England’s flagship National Trails; the Pennine Way (53km in the South Pennines) and the Pennine Bridleway (120km).
• National Cycle Route 66 (Manchester to Spurn Head) and Route 68, or the “Pennine Cycleway”, that runs from Derby to Berwick-on-Tweed.
• The towpaths associated with the Rochdale Canal, Huddersfield Narrow Canal, Calder & Hebble Navigation and the Leeds & Liverpool Canal.
• A series of way-marked routes such as the Mary Towneley Loop, which is based around the South Pennines section of the Pennine Bridleway, and the Calderdale Way which follows the traditional packhorse trails across the South Pennines.

The proximity of the South Pennines to large urban areas means that the area provides a strategic recreational resource and the opportunity to experience a rugged natural environment to over seven million people who live within an hour’s drive or train journey. These factors generate significant economic value for the South Pennines. Studies by local walking groups indicate that walkers completing the Pennine Way contribute approx. £0.5M to the economy of the South Pennines each year. This is in addition to the money spent by people walking small sections of the National Trail. Meanwhile, the dramatic landscape of the South Pennines has provided inspiration to generations of artists from the Brontes, to Ted Hughes and Simon Armitage.

To discover more about the South Pennines, please see the links below, or visit the Watershed Landscape Project and Natural England websites.

Download a map of the South Pennines Heritage Area